IGO and Gender Justice in India 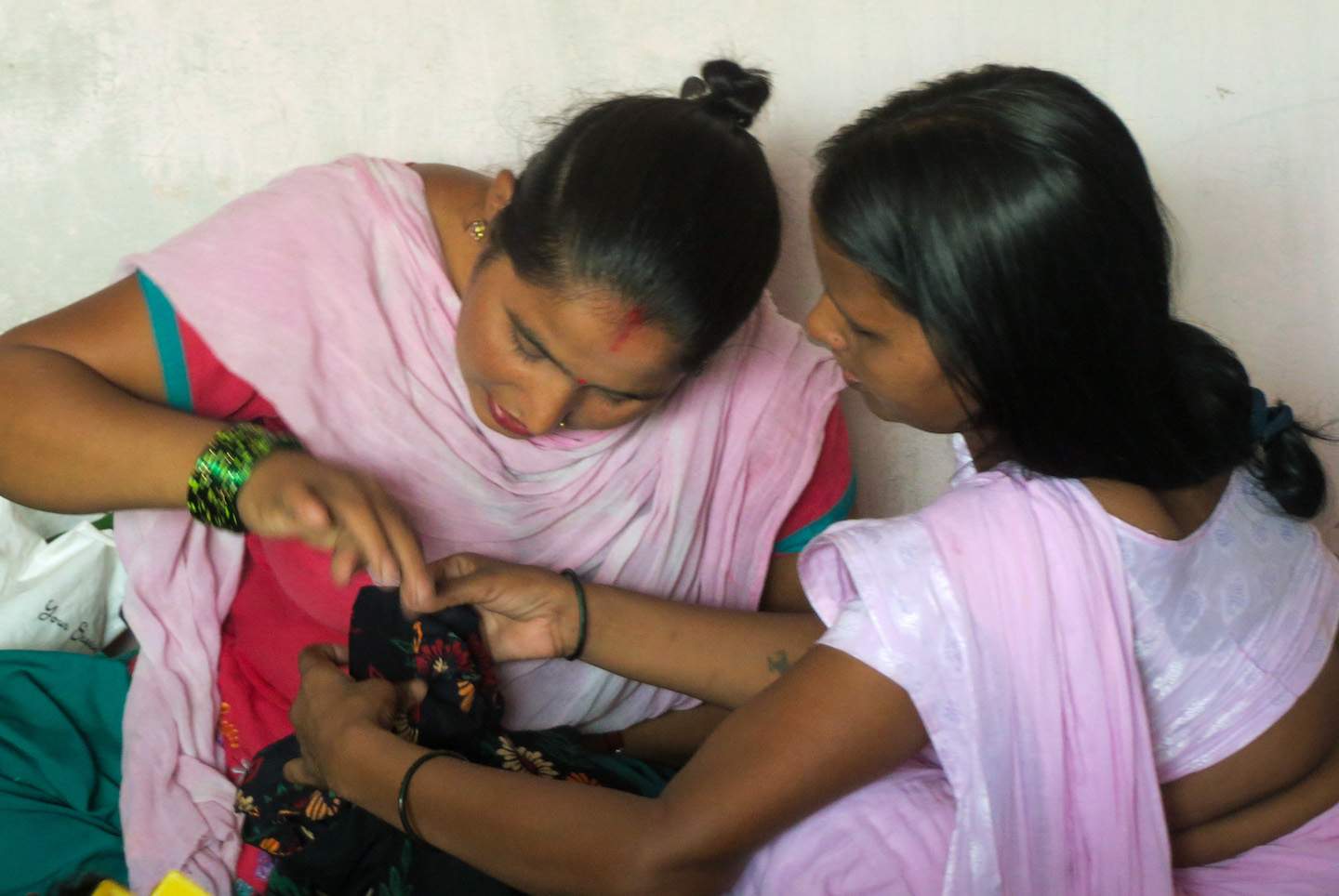 Praise God that “there is neither male nor female, for we are all one in Christ Jesus—Abraham’s descendants and heirs according to promise.”

This blessing is little known, much less experienced, in non-Christian parts of the world, including India. Both inside and outside the home, Indian society often robs women and girls of the dignity God intended for them.

From earliest childhood, young Indian girls are conditioned to think of themselves as less valuable than men and boys. They are taught, and forced, to depend upon men for everything while men treat them as slaves, sex toys and commodities. Usually, the woman is last hired and first fired. She is more likely to suffer from illiteracy, poverty, malnutrition, violence and religious discrimination. Her voice counts for less in courts of law.

She is regarded, and regards herself, as incapable of leading others. For the most part, men regard their wives and other women with callous indifference at best or cruelty at worst, seeing their worth only as sex objects or as producers of their children, especially males. For the most part, India’s women submit to this centuries-old system with little question.

Many Indian laws try to counter such cruelties as sati (a woman’s immolation on her husband’s funeral pyre), child marriage and female infanticide, but these laws are not easy to enforce in an Indian society that has yet to catch up to the spirit of these laws. In India, true gender justice is still only a dream for a few. 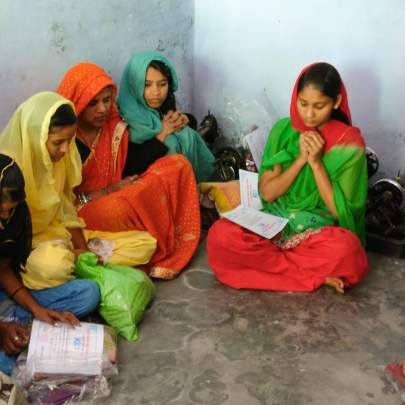 At India Gospel Outreach, we believe that God created humanity as male and female, and has endowed both men and women with spiritual gifts. We believe that for the most part, Indian society is still broken by the fall that has kept us from following God’s intent for men and women.

IGO seeks to bring all of India’s ethnic and social groups under the hearing of the gospel—to evangelize and plant churches, to establish points of gospel light in a sea of darkness, that others may see and find safety and hope in Jesus Christ.

Our first thought is to insure that women called to gospel ministry receive the same training as men because God gives them the same gifts. By experience, we have found that both men and women make outstanding students, and that women students provide spiritual insights that male students will not even think of. Male evangelists are taught to regard their wives as their equals and partners in ministry, indispensable for the successful preaching of the gospel.

At India Bible College and Seminary, this has been modeled for decades by Pastor Stephen and Mary Abraham who both had strong ministries in powerful yet different and complementary ways. Their example has influenced how ministers of the gospel have received training in IGO institutions throughout India. From the training institutes, evangelists and their wives take these implications of the gospel into communities where they represent Jesus Christ.

Among this year’s women graduates are Jyothi from Odisha who will return to her non-Christian village to bring the gospel. Sangeeta Kol from Madhya Pradesh will minister through hospital work. Aswathy from Kerala comes from a poverty-stricken background and has a call to bring the riches of the gospel to the poor and destitute like herself. Ranjita is called to minister the gospel to Odisha’s children and youth and their parents. God has called Roshiny from Kerala to go to north India as a missionary to unreached peoples.

Out in the Indian community, IGO evangelists have shown several ways they impact girls and women in the community. One is by starting schools for children who cannot afford the costs of going to school. Both girls and boys learn academic subjects while gaining a Christian worldview to help them permanently escape from poverty.

Over the years, the schools in the slums and in poor communities have won favor especially in Punjab and Odisha. These primary schools for young children have trained thousands of girls, enabling them to get better jobs than they would have otherwise. A high proportion of them, all from non-Christian backgrounds, respond to the gospel and commit their lives to Jesus Christ. 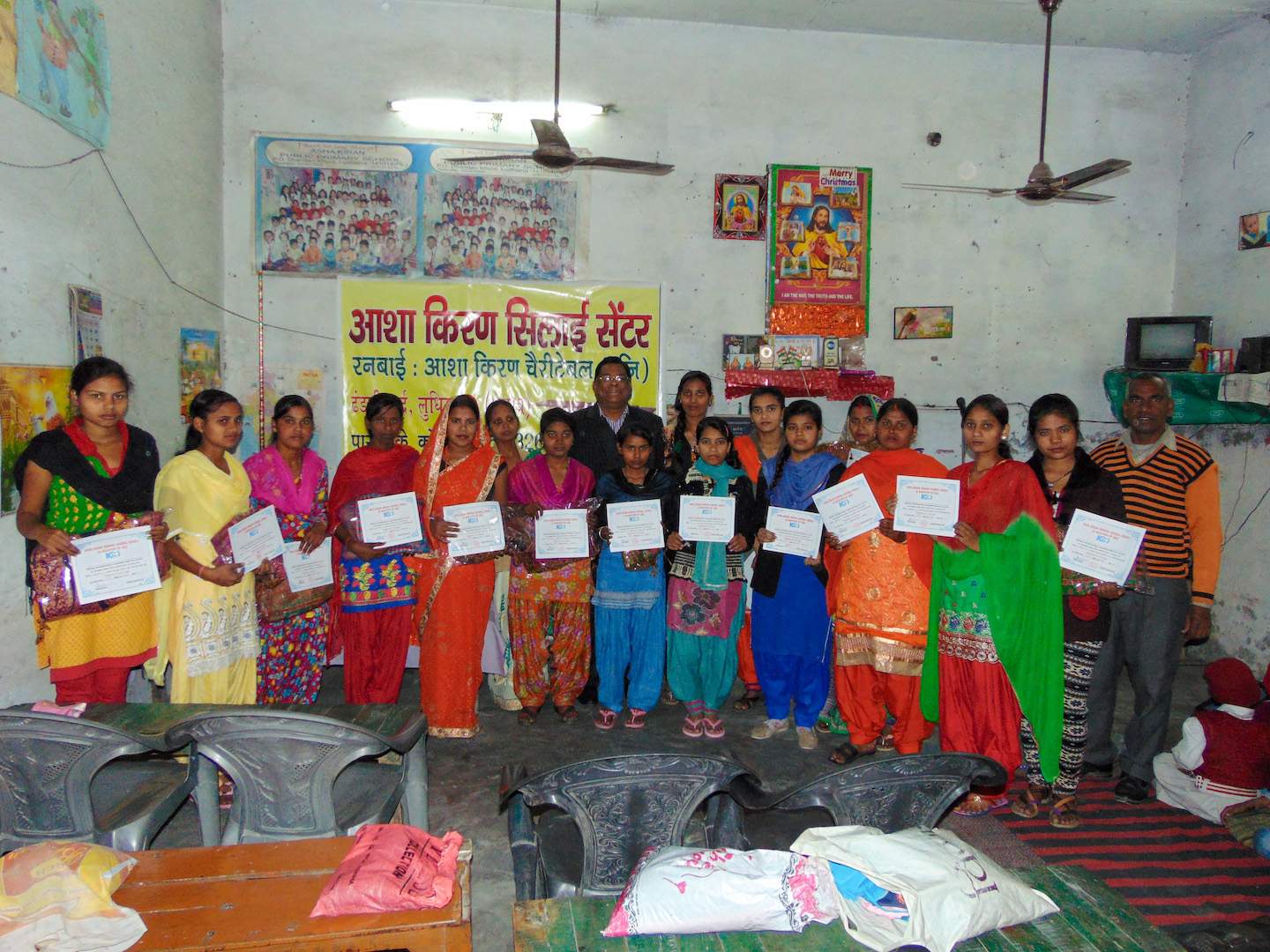 Many of the Christian teachers who reach these girls and boys are women, thereby presenting living examples to the girls (as well as the boys) that women have vital roles to play in their society.

Another way IGO evangelists help girls and women is through the sewing ministry. This ministry especially reaches out to women who have lost their husbands through death or divorce, or evicted because of their faith in Jesus Christ. In India, a woman without a husband tends not to have an education or marketable skill because of social discrimination against her.

Women without husbands and little education have few options in life. This makes them vulnerable to exploitation as prostitutes and sex slaves, and endangers the lives and futures of children dependent upon them for basic necessities.

The sewing ministry gives such desperate women training in how to become skilled seamstresses. Learning to use a sewing machine gives them a marketable skill that enables them to support themselves and their families, making them less vulnerable to exploitation. Women also receive training in money management and setting up small businesses for themselves.

All of the women come from non-Christian backgrounds. They soon learn that they are receiving help from Christians, not from their own.

One woman, who prefers that we not use her name, says that to receive help from representatives of another religious group raises much curiosity as to why they do these things to help women like them with bad karma.

This brings many opportunities for conversations about the gospel and God’s love for women and girls along with men. The eyes of many women are opened to the truth of God and how it brings dignity to their lives, and they commit their lives to Jesus Christ.

In February, a sewing ministry in Ludhiana, Punjab, supervised by Evangelist Sanjeev Kumar, graduated 18 women from a recent class.

The women take pride in the skills they have learned and gain new hope for the future, knowing now that God loves them and desires to hear their prayers even if they are not priests and holy men.

These are just a few of the ways IGO is trying to restore the dignity of women and girls in India.