Pray and Fast for Gospel Breakthroughs in India's States

This month, I invite you to pray and fast for spiritual breakthroughs in each of India’s states and territories.

India is an extremely complex land of diverse cultures, ethnicities and languages. No Indian state is like any other state. Therefore, we are wise, not only to pray for the ministry in India as a whole but also for each state.

Most of India’s states exceed the populations and areas of most nations. Because of increased persecution and for security reasons, much gospel work throughout India is kept from the public eye.

Much information you find below comes from Operation World, the best-known guide for praying Great Commission prayers around the world. The official figures for Christians in India are often much less than the reality. The actual number of Christians in each state are unknown because many people in India are secret believers to escape the wrath of their families and of radical forces inside and outside the government.

The numbers in ( ) represent best estimates of Christian workers in those states.

God is at work in India, but as a whole, India still needs to see a massive revival in the mainline denominations and a Great Awakening. Pray for these things to happen in each state. Pray for an IGO training center in each state where we have yet to start one (states with training centers are noted). Be encouraged that you are joining many Indian brothers and sisters who are also praying 24/7 for these great divine interventions.

Remember that we do not just pray for the work, prayer is the work.

Pray for Arunachal Pradesh, pop. 1.4 million, 18.7% Christian (25%). The church has grown dramatically since 1970, but faces great opposition and an anti-conversion law. Christians have vision to reach the lost including many Buddhist and animist groups.

Pray for Andhra Pradesh & Telangana, 1.6% Christian (3%). According to some, there may be as many as 9% Christians in Andhra Pradesh. Hyderabad, capital of Andhra Pradesh (for next 10 years until process of separation of two states is complete), is a key city for ministry. Many Dalits and other groups are coming to Christ, but as yet, very little is being done to reach millions of Muslims, in spite of many Christians in the state. Pray for IGO’s Bible training center and ministry among IT workers in Hyderabad.

Pray for Assam, pop. 31.2 million, 3.7% Christian (7%). Christians tend to be marginalized and need revival. They evangelize tribal groups but do very little with Hindus or Muslims. Ethnic tensions are high in this state.

Pray for Bihar, pop. 116.7 million, 0.1% Christian (0.3%) and Jharkhand, pop. 33 million 4.1% Christian (6%). India’s poorest state, noted for deprivation, misery, corruption, underdevelopment, though the state has many resources. Known as the “graveyard of missions,” but the number of people coming to Christ is increasing. A growing openness to the gospel. 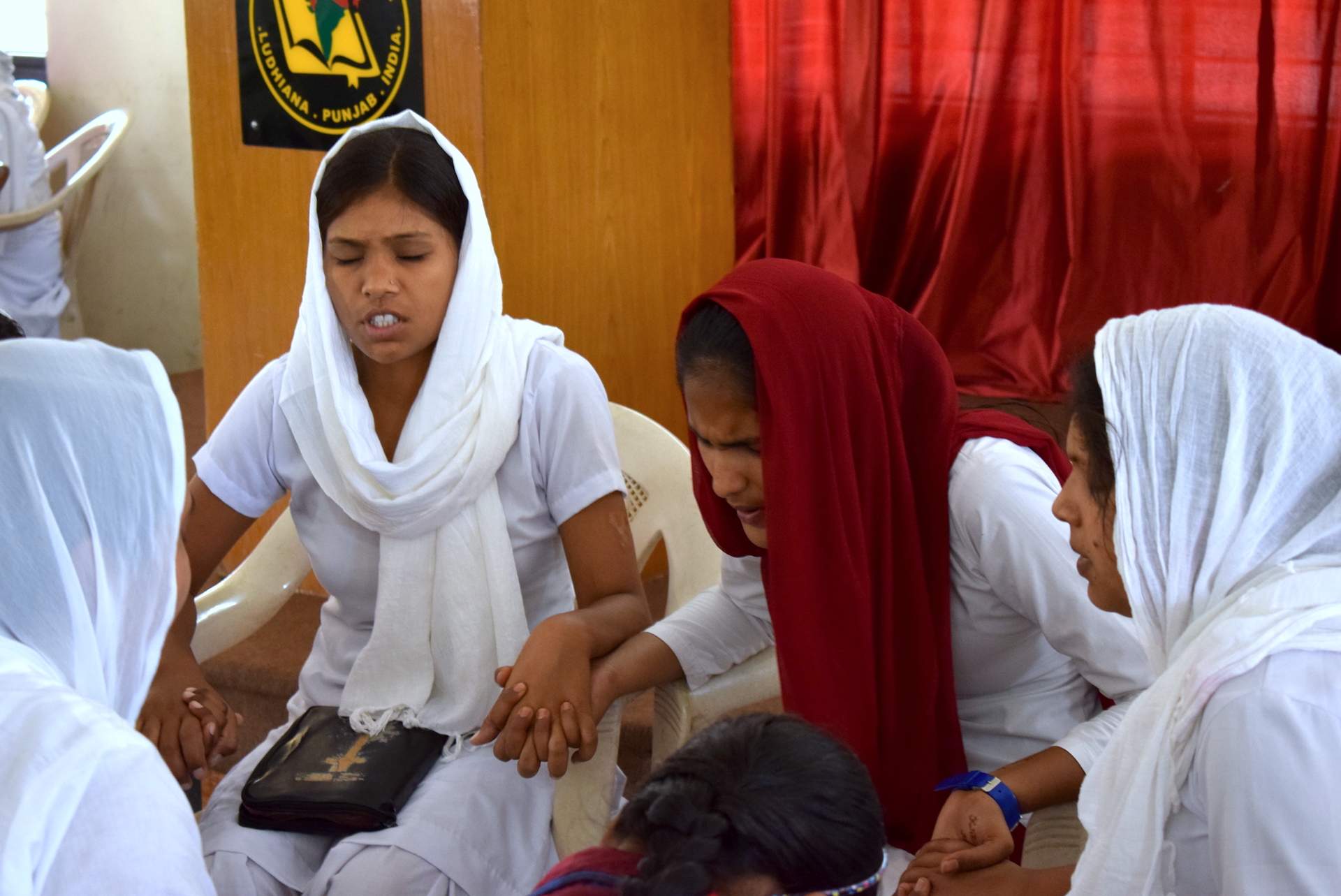 Pray for Delhi (India’s capital), pop. 18.7 million, 0.9% Christian (1.8%). Delhi’s role as capital makes it a great influence over all India. Delhi suffers from problems related to massive population growth. Pray for great revival among Christians in Delhi to present a witness to millions of slum dwellers, ethnic communities and government workers.

Pray for Goa, pop. 1.5 million (41.5% Christian). A beautiful area that attracts many tourists, plus sex trafficking and child prostitution. Traditional Catholicism is followed here, but much of it is intermixed with Hindu beliefs and customs. Pray for awakening in all sectors of society, including the nominal Catholics.

Pray for Gujarat, pop. 60.4 million, 0.6% Christian (1.2%). Much persecution against Christians in this state. Significant church growth in five districts, but a long way to go for the rest of the state. Strong response among tribal and Dalit people, but Muslims remain largely unreached. Pray for Gujarat Bible Training Center.

Pray for Haryana, pop. 25.4 million, 0.1% Christian (0.3%). Almost 90% Hindu and one of India’s least evangelized states. Over the last 20 years, IGO has dramatically increased its evangelistic outreach to reach thousands of villages and towns that still have no gospel witness. 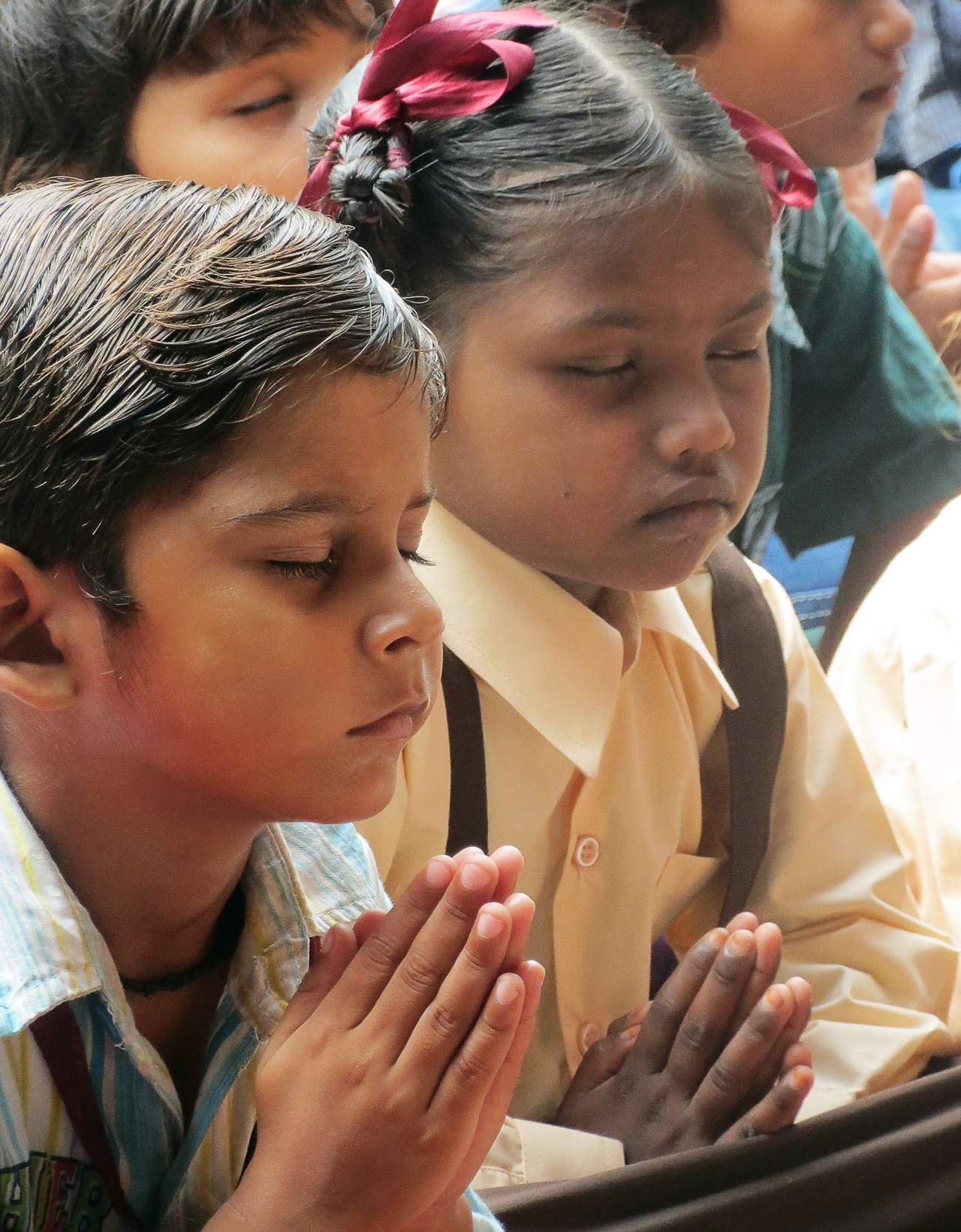 Pray for Himachal Pradesh, pop. 7.1 million, Christian (0.2%). Least evangelized state in India. Center for many Hindu pilgrimages. However, there has been a significant growth in the church with growing commitment to evangelism. Persecution and anti-conversion laws try to fight this growth of the church. Pray for spiritual victories through IGO’s Himachal Bible College.

Pray for Jammu & Kashmir, pop. 12.6 million, 0.2% Christian (0.3%). Beautiful area has known strife for years with both Hindu India and Muslim Pakistan claiming this state. Mostly Muslim, but number of Christians is growing because of increased evangelism, along with persecution in areas where there is rapid Christian growth. Pray that IGO’s Kashmir Bible Training Center will train many who will win many to Christ and multiply churches in new places.

Pray for Karnataka, pop. 61.1 million, 1.9% Christian (4%). South India’s most spiritually needy state. Hindu radicals are strong here. For the most part, Christians here have yet to awaken to their need to evangelize and plant churches, though IGO’s ministry is increasing here. Pray for revival of Karnataka’s Christians to the Great Commission, and for IGO’s Karnataka Bible Training Center.

Pray for Kerala, pop. 33.4 million, 19% Christian (35.5%). India’s most well-educated state, center of many evangelistic ministries. India Bible College and Seminary located here. Pray for continued increase of mission vision among the Christians here among caste and ethnic groups still unreached with the gospel. Pray for India Bible College and Seminary. 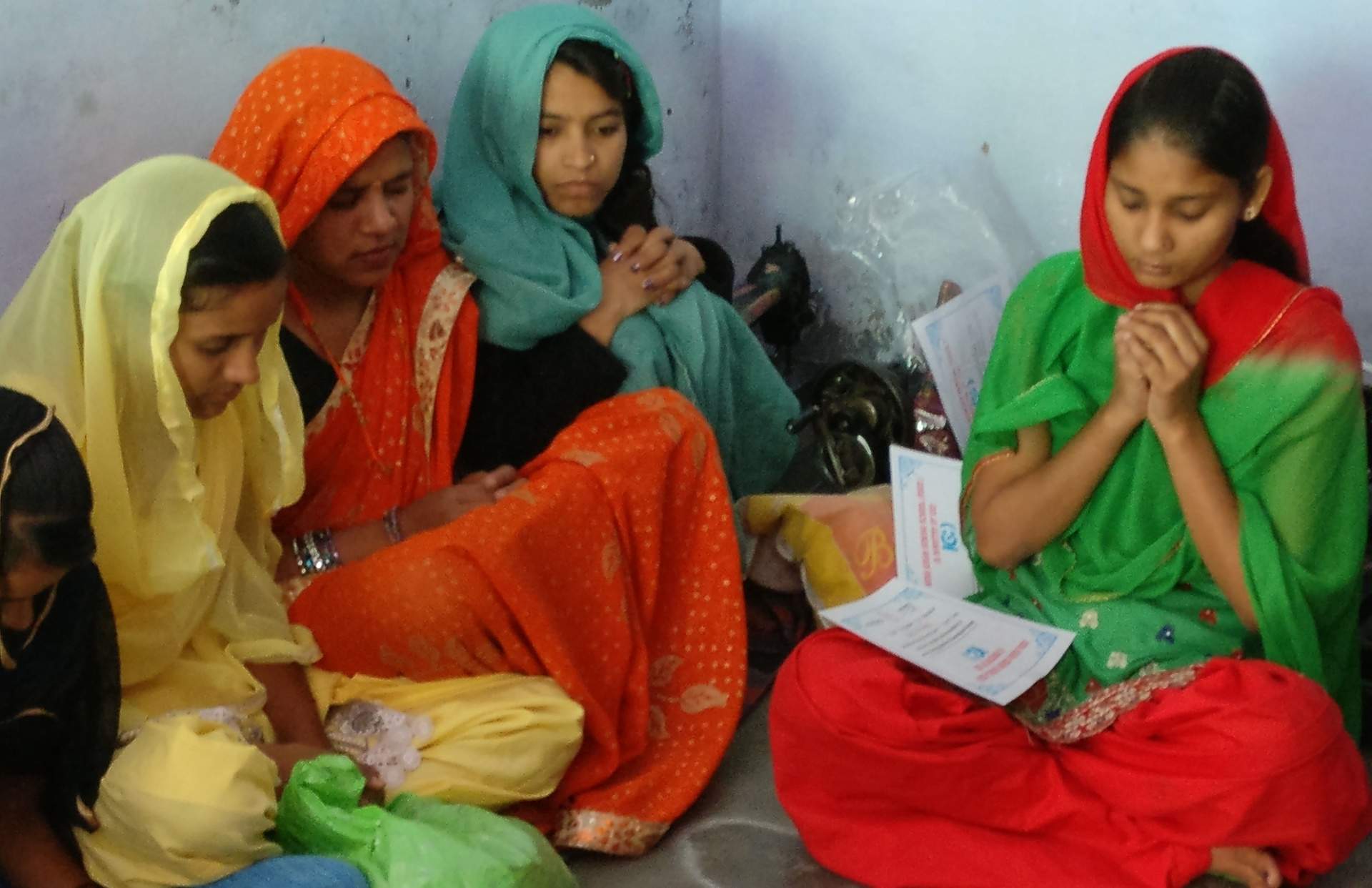 Pray for Madhya Pradesh, pop. 72.6 million, 0.3% Christian (2.2%) and Chhattisgarh, pop. 25.5 million, 1.9% Christian (2.5%). Madhya Pradesh was one of the last states to open to missions. After a slow start, people are now responding in spite of anti-conversion laws. This comes from grassroots efforts of Christians to reach the lost. Pray for unity to reach the many unreached groups in the state. The same can be said for Chhattisgarh, a state of many resources but low development. But more people are responding to the gospel. Pray for a larger harvest force to reach the lost.

Pray for Maharashtra, pop. 121.4 million, 1.1% Christian (2%). Maharashtra is large in population and influence. Mumbai is the economic and cultural powerhouse of India, home of the stock exchange, and the large film industry known as Bollywood. But human need and suffering are staggering. Many Christians in Mumbai, but still many unreached areas and peoples throughout the state.

Pray for Manipur, pop. 2.7 million, pop. 2.7 million, 34% Christian (41.8%). Separatist violence has stymied access and ministry in the region. Other problems: unemployment, proximity to Golden Triangle with access to human and drug trafficking, ethnic conflicts, nominalism among Christians. However, tribal groups are very responsive, and there are many Manipuri missionaries. Pray for awakening among the Meitei and Muslims.

Pray for Meghalaya, pop. 3 million, 70.3% Christian (76%). A majority Christian state with revival and renewal taking place in the churches. At same time, many churches lack pastoral care, especially in rural area. Hindu and Muslim minorities have yet to hear and experience the power of the gospel. 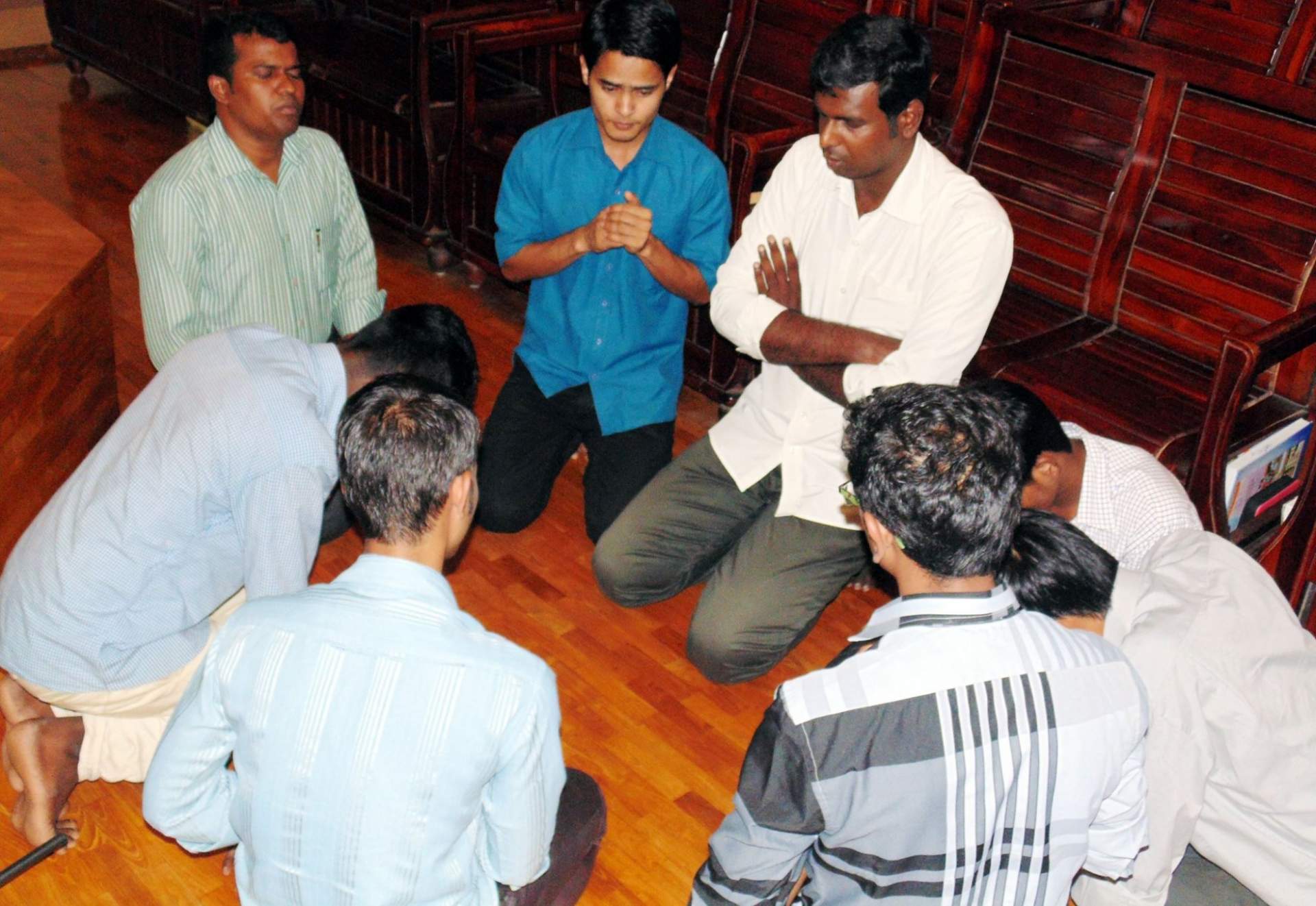 Pray for Nagaland, 2 million, 90% Christian (93.1%). Revivals in church in 1956, 1966, 1972 brought strong mission outreach. Today, many are Christianized without being changed—a creeping nominalism among the young in many churches. Pray for another revival.

Pray for Odisha, pop. 42 million, 2% Christian (2.8%). Anti-conversion laws, corrupt government. Most intense persecution of Christians here than anywhere else in India, but church growth has multiplied despite great opposition, mostly among Dalits and tribal peoples. More than 700 of 799 groups still have no Christians. New Bible translation, but low literacy keeps people from reading it. Pray for Odisha Bible Training Center to reach these people.

Pray for Punjab, pop. 27.7 million, 1.2% Christian (2.2%). Sikh majority in this state. Some groups of Sikhs have responded well to the gospel, but other groups have yet to be reached. Overall, church has multiplied rapidly in last 20 years with receptive people. IGO has strong ministry here in Punjab Bible College whose graduates have planted hundreds of churches.. Pray for even stronger outreach in coming years. 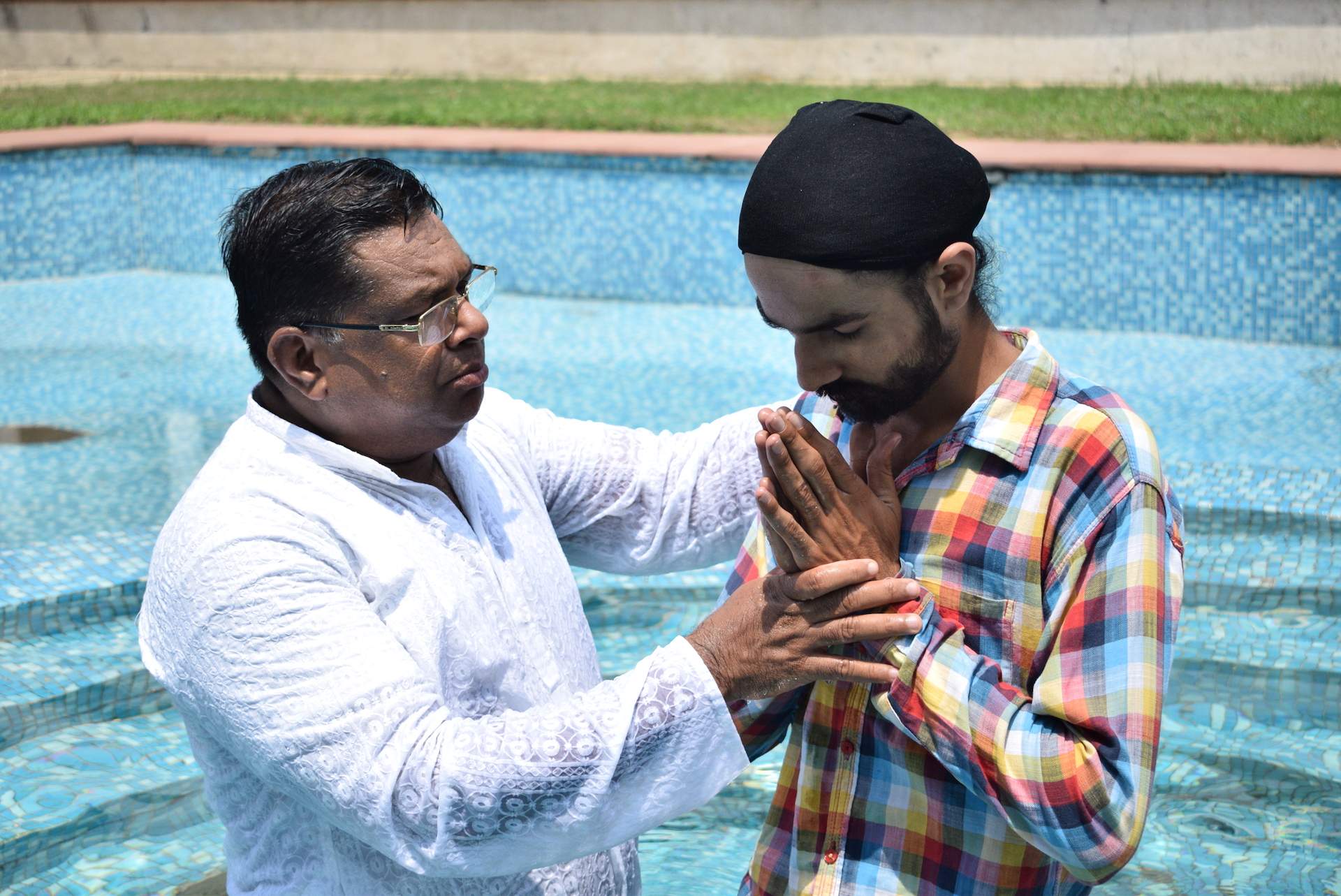 Pray for Rajasthan, pop. 74.8 million, 0.1% Christian (0.4%). Christians still a tiny minority, but rapid growth of church in the south and among tribals. Persecution by the powerful BJP has been ruthless. Pray that anti-conversion laws will have opposite effect of winning more people to Christ. Pray for more outreach among the many tribal, Muslim and higher caste groups.

Pray for Sikkim, pop. 608,000, 6.7% Christian (7.5%). Church is growing rapidly. Much religious freedom here, but Christians must compete with Muslims and Maoists who are very active. Many Buddhist groups remain unreached. Nepali Hindus are recent immigrants and still need to hear the gospel for the first time.

Pray for Tripura, 3.7 million, 3.2% Christian (5.5%). Massive Bengali immigration makes natives a minority in their own state resulting in a violent backlash. This unrest has brought growing openness to the gospel. Many growing opportunities for outreach. Pray for more evangelists and church planters to the Bengali-speaking majority and many others who are still without the gospel. 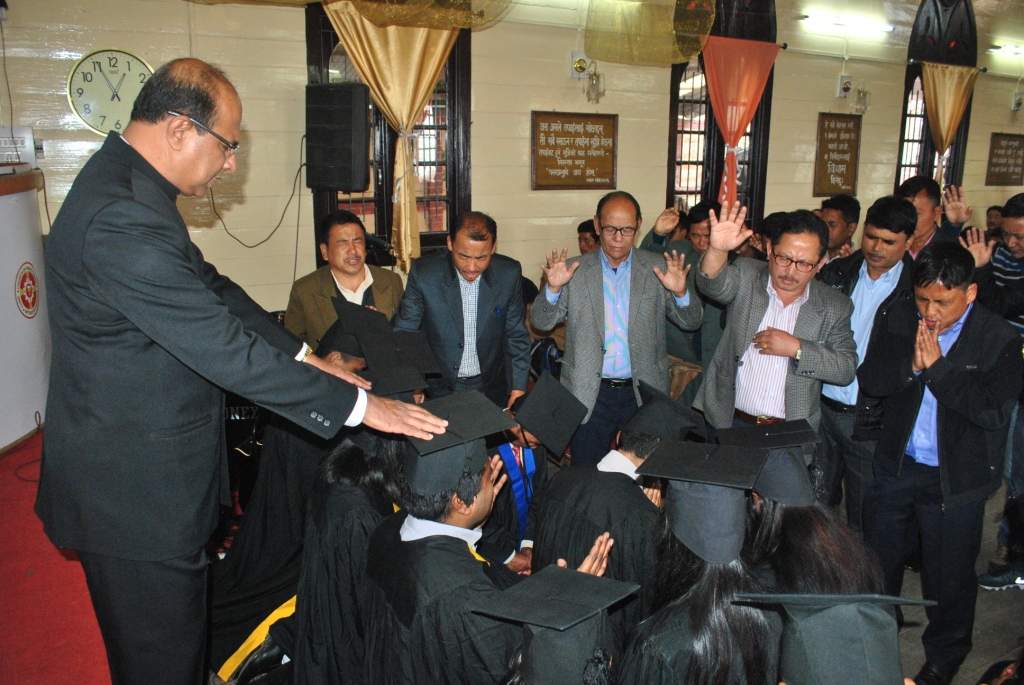 Pray for Uttar Pradesh, pop. 200 million-plus, 0.1% Christian (0.3%) and Uttarakhand, pop. 10.1 million, 0.3% Christian (0.6%). Home of Hinduism. Many of Hinduism’s most important pilgrimage sites here. Poverty and suffering is beyond imagination, with much disease and malnutrition, corrupt government, powerful presence of Hindu extremists. 579 of 613 people groups have no Christians. Pray for IGO to begin five training centers in this state which would be the fifth largest country in the world if it were independent. 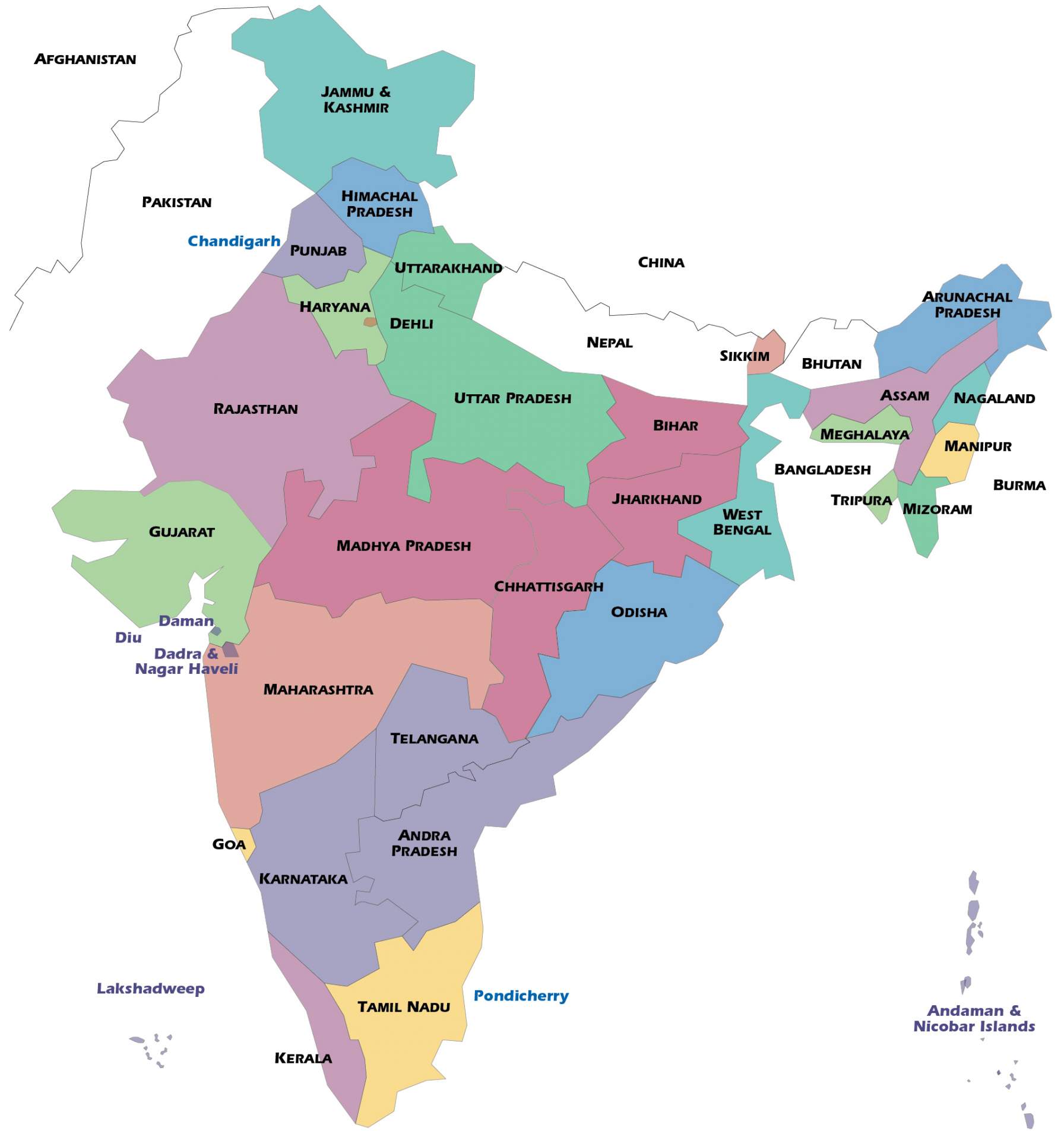