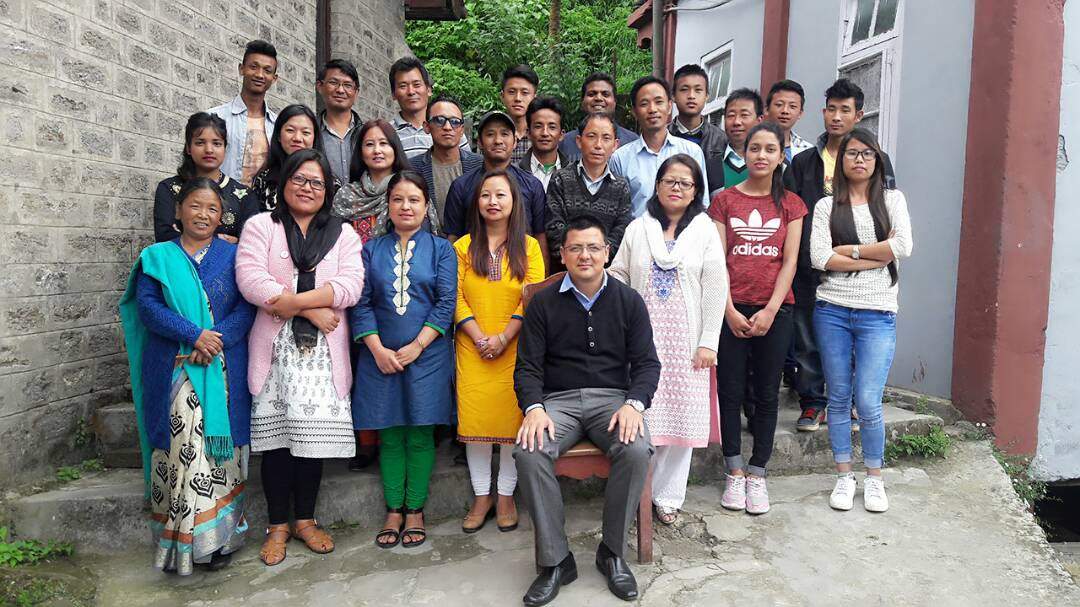 Praise God for His faithfulness to IGO evangelists in good times and bad.

In many parts of India today, people are becoming open to the Good News. IGO evangelists are bearing much fruit. At the same time, our evangelists face obstacles along the way. Sometimes these obstacles are political and social. Other times, they involve personal and family issues.

This month, we will tell of one evangelistic team whose experiences are like those of many others and how God faithfully brings to pass His calling upon their lives.

Pastors Pradeep Kumar and Mhontsen Lotha, graduates of India Bible College and Seminary, first began their ministry among Nepali-speaking peoples in the Darjeeling area in 2007. The area is a melting pot of ethnicities who have immigrated into the area because of political instability in other lands.

Immediately, the two evangelists discovered great interest in the gospel among the people. In a number of ways, a Christian army officer helped greatly to expand the ministry. He had prayed for years for an active Christian witness in the Darjeeling area. 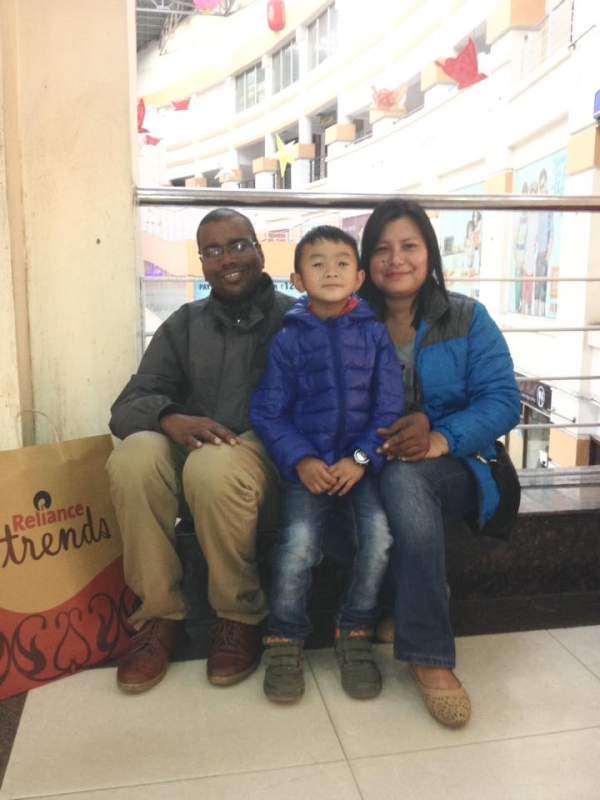 After only three years, the two evangelists had already planted two churches. They found so much interest among new Christians to spread the gospel, they opened a Bible training center, taught in Nepali, to equip men and women as evangelists and church planters. Since the school opened in 2010, more than 120 men and women have received training. The work is rapidly multiplying.

Darjeeling Bible Training Center began under makeshift and scattered conditions. At the end of 2015, friends of IGO enabled the ministry in Darjeeling to purchase land to provide expanded facilities to consolidate scattered classes and living conditions, and train up to four times more evangelists and church planters once all phases are complete. Construction began in April 2017.

Another IGO friend provided a gift to enable Darjeeling evangelists to conduct an outreach among potentially millions of households in northern West Bengal through home visitation and a media outreach.

These great advances in a short time do not mean the ministry in Darjeeling has had freedom from troubles. The enemy has offered stiff resistance. 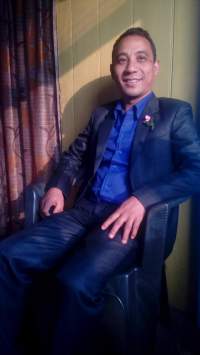 Early in the Darjeeling ministry, Evangelist (now Pastor) Mhontsen Lotha was diagnosed with cancer. It was a dangerous situation. At the time, he was not 30 years old. Also, a young woman to whom he was engaged at the time deserted him in his hour of need. After treatment and much prayer, he is now free of the cancer, but it left
its mark.

Pastor Pradeep Kumar had a near-fatal episode with his motorcycle, almost going off the side of a steep cliff on one of the narrow and winding roads in the Darjeeling area.

In late 2016, Pastor Pradeep went to the hospital for a fairly simple medical problem. However, doctors’ incompetence and unethical behavior severely worsened his condition, reducing his immune system and causing him to contract tuberculosis. His condition became so critical, he had to be transported to a Christian hospital in south India for treatment.

The doctors said that he lay in the “jaws of death.” Only the fast action of doctors and many prayers of faithful people like you saved his life. He returned to Darjeeling and has regained much strength, but he still has not fully returned to his earlier condition.

In mid-2017, after a good beginning to construct the new facilities for Darjeeling Bible Training Center, a decades-long ethnic and political dispute erupted and brought construction to an abrupt halt.

In recent days, political activists in the north protested various grievances, instituting a general strike, and the government of West Bengal cracked down with violence. Everything was shut down—no school, no work, no banks, no food available. Overnight, food prices shot up to 500% of their original cost. Martial law resulted in the deaths of many people due to shoot-on-sight orders given against anyone who violated the curfews. People lived in fear. Because of the lack of proper food for his recovery, Pastor Pradeep and his family had to flee the area. Also, during this same time, severe monsoons damaged the construction area.

The general strike and heavy monsoons halted the construction of Darjeeling Bible Training Center for 105 days. 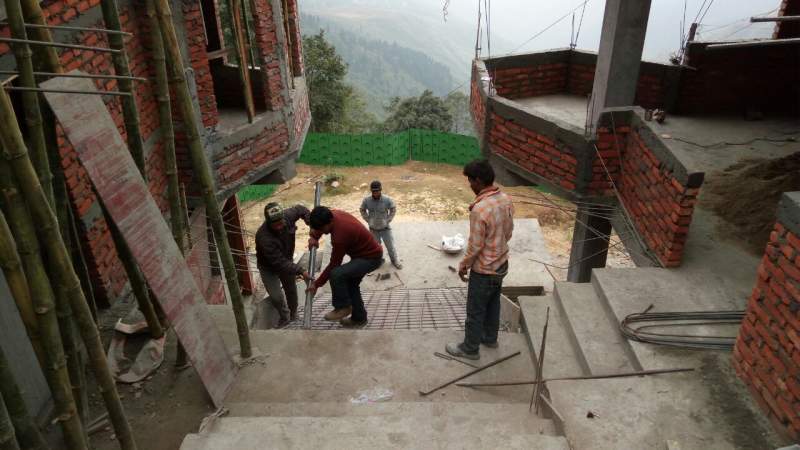 We tell you these things to let you know that the enemy finds many ways to attack and delay the Lord’s work, especially where the Holy Spirit is opening minds and hearts to Jesus Christ. We don’t underestimate these things. All these matters are bigger than our evangelists. In the middle of the crises, these troubles seem chaotic and beyond control, like the Sea of Galilee during the storm.

Like the disciples, even the most godly evangelist may be tempted to say, “Lord, do you care if we perish?” God places His work in the hands of fragile men and women subject to doubts and discouragement.

When Pastor Pradeep lay at death’s door in the hospital with tuberculosis and other medical complications, he did not know at that moment just what God would do. His wife did not know if she was about to become a widow and their son was about to lose his father.

In all of the crises mentioned above, the evangelists had to face their weaknesses and mortality, and circumstances beyond their control, instigated by an enemy stronger than they were.

Sometimes, in the midst of great spiritual success, God allows the enemy’s attacks to remind the evangelists (and us) that success does not depend upon what we do but what God does through us. The work in Darjeeling does not belong to Pastors Pradeep and Mhontsen. It is the Lord’s, and only He will bring it
to pass.

In Darjeeling, adversity has done its work and kept our evangelists humbled before God. IGO President Valson Abraham visited Pastors Pradeep and Mhontsen in November and found them, not boasting of their successes, but trusting in the Lord day by day, thankful that He has allowed them the privilege of continuing the mission that He began through them.

With the political crisis past, construction has resumed on the new training center, and builders are making up for lost time. God is using the adversity to develop humility. Humility before God brings glory to Him and much fruit for His kingdom.

Pastors Pradeep Kumar and Mhontsen Lotha represent all our evangelists who experience both success and adversity in their calling. 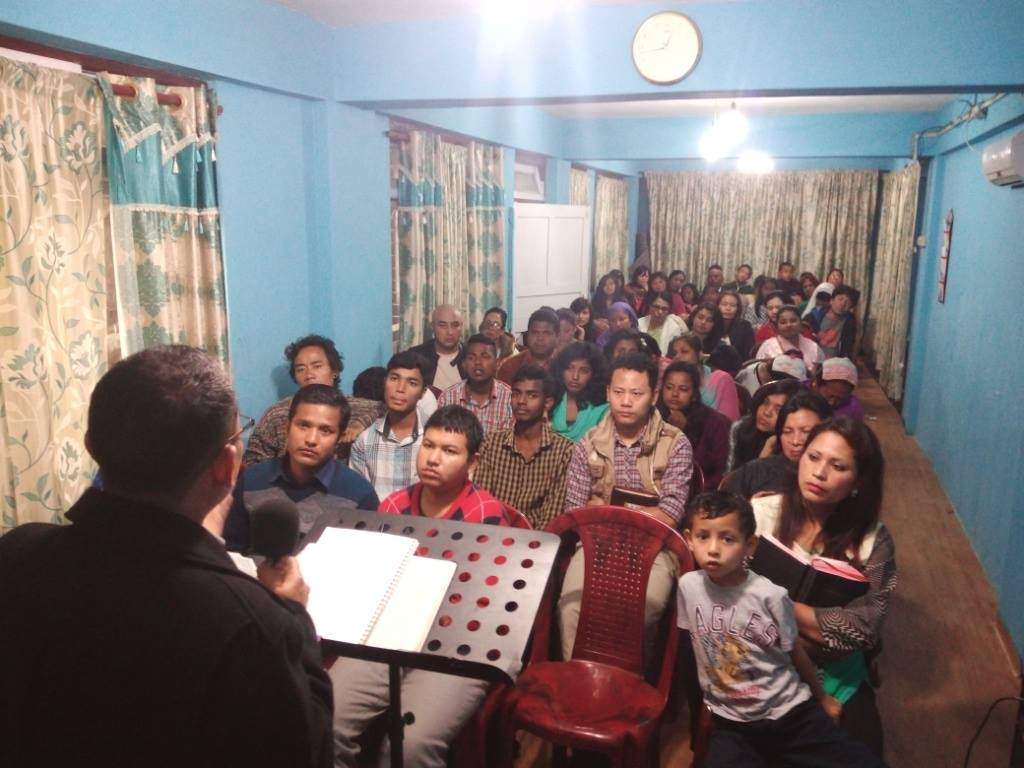