“Every Day They Kept Right on Teaching and Preaching Jesus…” 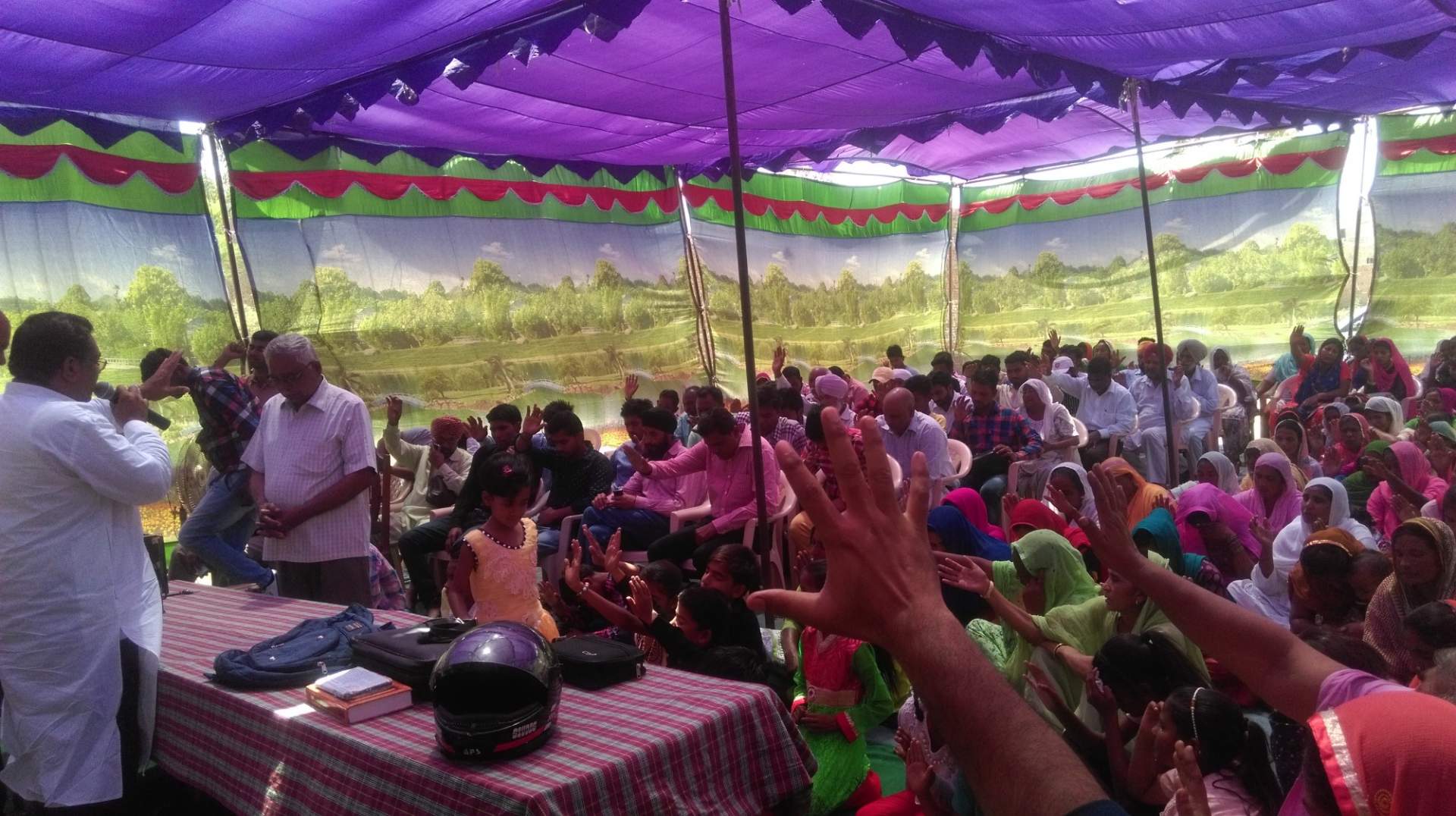 Praise God for bringing victory in Punjab from the attacks of persecutors.

Last year, we reported to you the beating of Punjabi Pastor Charanjit Singh and his wife, Elizabeth, by extremists while they walked home from their Sunday meeting. In a pre-planned ambush, the couple found themselves surrounded by thugs who brandished clubs, swords and other weapons. They received serious multiple injuries to their heads and other parts of their bodies that required their hospitalization for several days. 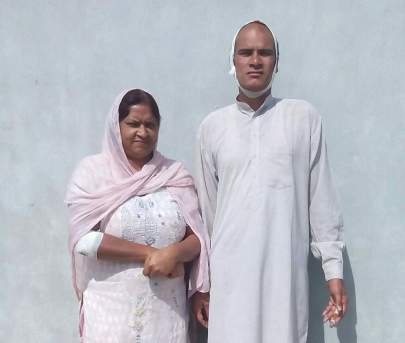 The attackers hoped to intimidate Pastor Singh and his wife, and to discourage members of his congregation, all new believers, from attending the church, forcing the church to shut down and ending gospel work in their town. They regarded this growing church as a threat to their agenda of creating an India where everyone follows Hinduism.

Persecutors are wary of new Christians who come out of non-Christian backgrounds. They regard this as non-Indian and a threat to Indian culture and values. They believe that such conversions can never be genuine because they are “foreign,” forced upon others against their wills through ill-defined “enticement”
or “coercion.”

They ignore or discount how Pastor Singh himself comes from a non-Christian background. They are blind to the power of the gospel to transform lives of people from all times, cultures and backgrounds. Christian faith is always the work of God, not of man, but they are blind to this.

Pastor Singh and Elizabeth did not back down from their commitment to preach the gospel. After they recovered from their injuries, they committed themselves to trust the Lord in whatever happened next. They knew that they could not stop the work God called them to do. They knew they must continue to trust God’s Spirit to open people’s eyes to the truth, even if it led to further beatings or even death itself.

Since that day a year ago, Pastor Singh has proclaimed the gospel more boldly than he did before. The Holy Spirit has brought more non-Christians into the church, put them under conviction of sin and opened their eyes to Jesus Christ. In the past year, not a week has passed without new people added to the church, with people declaring their faith through baptism, just like we read in Acts 2 and 5.

A church in the United States has partnered with India Gospel Outreach to raise $25,000 to construct a simple, but larger, church building. Construction began in May 2017. 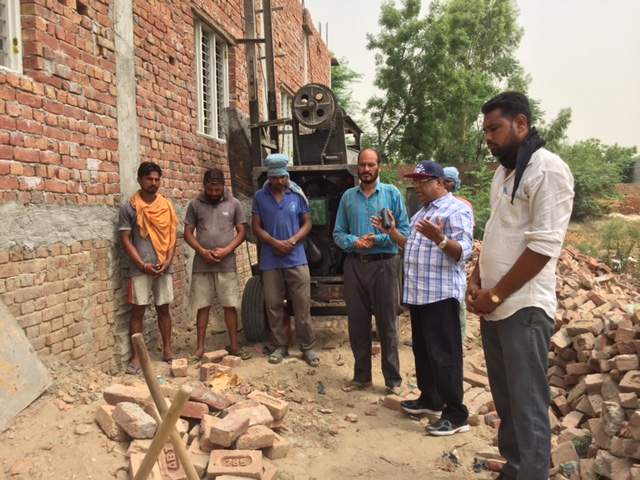 This church is only a part of Charanjit Singh’s unique ministry. He comes out of Sikh background. Soon after he committed his life to Christ, he experienced the call of the Holy Spirit to take to Hindus and Sikhs the same gospel that others brought to him.

Starting with no Bible knowledge, he received his training at Punjab Bible College (then known as Punjab Bible Training Center) in the late 1990s, graduating in 1999. There, he was mentored by Director and Pastor K. Koshy and other members of the faculty, along with other pastors and evangelists who entered his life.

As a student and evangelist/pastor, he has exhibited a quiet and humble spirit with a heart bowed before the Lord. Early on, he showed a remarkable ability to spot spiritual gifts of leadership in others and to mentor them even as he was mentored.

Over the years, he has mentored nine other men, all of whom have become evangelists and church planters like himself. Each of them has planted a church in an area and among peoples with whom there was no previous gospel witness. Like Charanjit Singh, they are also experiencing dynamic growth and witness in the communities
they serve.

Charanjit Singh’s quiet but bold dedication and determination to expand the parameters of the gospel in Punjab have made him one of IGO’s exemplary evangelists, church planters and leaders. 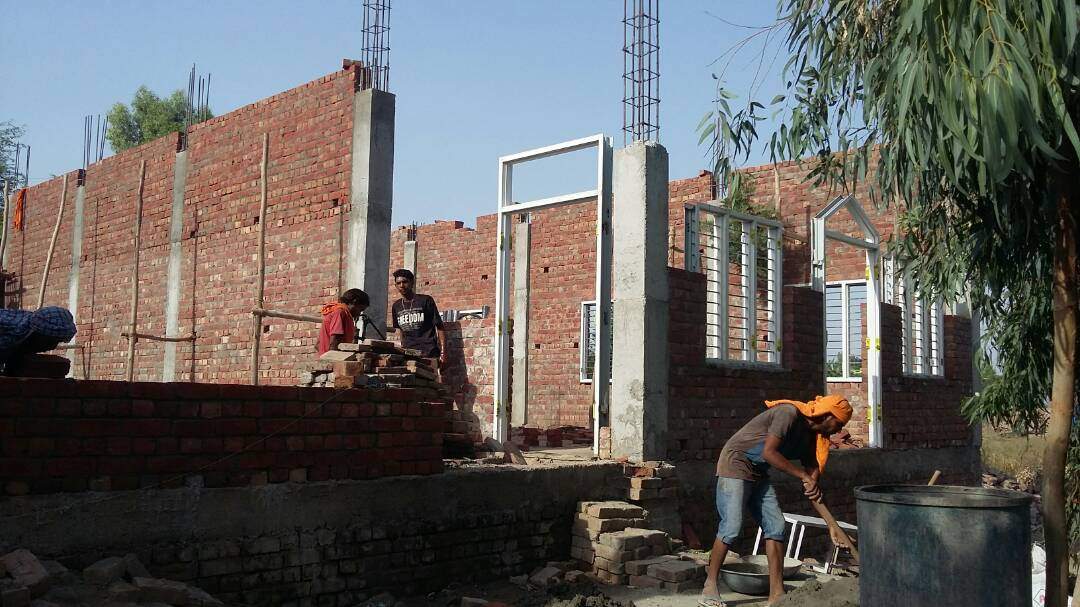