God's Wondrous Signs in the Lives of IBC Students

Praise God for His miracles in the lives of India Bible College and Seminary students, and the way these special experiences have influenced their lives to follow Christ wherever He leads them.

As IGO evangelists face these dire prospects, it is becoming increasingly important for students and graduates to have personal life experiences with God where He intervened during times of crisis to confirm His presence in their lives. Sometimes these events took place before they even committed their lives to Christ. During persecution, these miraculous experiences encourage and remind them that God is with them whatever their present circumstances. 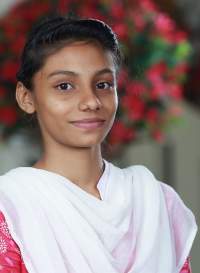 Jaisy James comes from a Christian family. Her father is a pastor in the state of Gujarat where life is especially hard for believers in Jesus. As a first year student, Jaisy has experienced more than one miracle. When she was just a year old, she fell down a shaft from the second floor to the first floor. When her parents took her to the hospital, they prayed all the way, and the doctor told her parents that she suffered no injuries.

Later, in the tenth grade, a month before she was to take board examinations, she came down with an acute case of typhoid fever. For days, she was unable to eat or drink much of anything and could not study. One day before the exam, she prayed most of the day for God to heal and help her. That night, God spoke through Isaiah 53:4: “Surely he has borne our griefs and carried our sorrows…” The next day, she awoke to find herself completely healed. In spite of her inability to study, she did well on the examination. 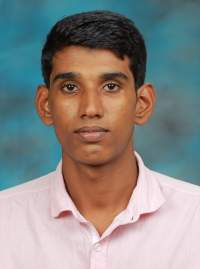 Anas Abraham was born and raised in a Christian family and comes from the state of Kerala. His father is a welder, his mother is a housewife. He has one older sister.

When his sister was born, the doctors discovered that her blood type was O-positive, and his mother was B-negative. The doctor told her that her next child would likely be handicapped and have multiple health issues. They advised Anas’ mother when she became pregnant, she must abort the baby. His mother became pregnant again, and the doctors gave her medicine to ensure the abortion.

However, God had other plans. The medicines, which were usually successful, totally failed. To everyone’s amazement, Anas was born as a healthy baby with no birth defects. His mother realized that God had special plans and purposes for Anas and dedicated him to the Lord’s service. He is now a student at India Bible College and Seminary. 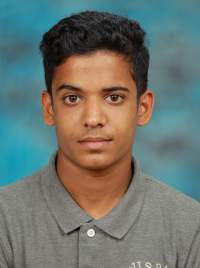 Albin Reji, who also comes from Kerala, has seen a number of miracles in his life that have persuaded him of God’s special plan for him. When he was a child, he and his older brother played near a pond. While they played, Albin fell into the pond, but his brother failed to notice and went back to their home. By God’s grace, another person appeared on the scene, saw Albin in distress and saved him.

This incident had actually been foretold by a Christian preacher to his family, but Albin’s parents, who were Hindus, rejected it. However, when the incident came to pass, they changed their hearts toward the gospel and committed their lives to Christ.

A few years later, Albin attended church with his parents, and a man prophesied that God was calling Albin into ministry. Albin doubted this prophetic word since the ministry was the last thing on his mind.

When he was 16 years old, Albin and his brother were traveling by bicycle down a road when they were hit by a bus. The collision pulled their bicycle under the wheels of the bus, and Albin considered himself a dead man. Various people on the bus who recognized Albin and his brother called their parents to tell them that their two sons were dead.

After that accident, Albin’s attitude changed toward his call to ministry, and he dedicated his life for Jesus. Following his regular schooling, he came to India Bible College and Seminary. 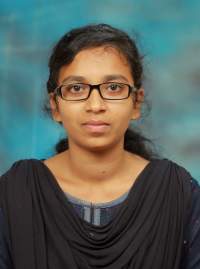 Botsa Evangalin comes from Andhra Pradesh. She received a call to ministry but told no one about it because she had absolutely no intention to obey and didn’t want pressure from anyone. That same week, four members of her church youth group visited the home of their Sunday school teacher. It was meant to be a surprise, but when they arrived, she said the Lord told her the night before they were coming. “I was waiting for you all morning,” she said.

They entered the house and found the table full of delicious food awaiting them, although none of them had said they were coming. Their teacher then said, “Among the five of you, God is going to use one for His work.” At that moment, Botsa began to tremble, as she remembered the call to ministry about which she had purposely spoken to no one.

After dinner, the daughter of the Sunday school teacher arrived. This daughter was known to have a gift of prophecy, and she said she had a word from the Lord for each person there. Each word she spoke was “on target.”

When it came to Botsa’s turn, the woman said to her, “This is the one whom God has showed me and wants to use for His ministry.” At that moment, Botsa became very emotional, and when she went home afterwards, her mother told her of a vision God had given her that she was to go into ministry. At that point, Botsa’s resistance completely broke down, and she surrendered herself into the Lord’s hands.

On another occasion, when her brother was very young, her mother became very ill, and everyone thought she would die. The family had no money to take her to the hospital. Her mother became completely bedridden, and Botsa had to quit school to care for her brother. Her father had died, and her mother was the only breadwinner in the house. They had not eaten for three days. Neighbors offered to help and took her mother to the hospital, but the medicine was not working.

The entire church began to pray. The crisis went on for several months. In one of their family prayers, Botsa’s younger brother began to see a continuous vision of angels and demonic spirits being driven away. From that day, her mother regained normal health and was able to return to normal activities. This experience convinced Botsa of God’s continuing presence even in the midst of crisis. 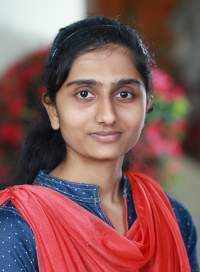 Bini Abraham comes from Kerala. When she was 13 years old, she suffered a sharp pain in her abdomen which was diagnosed as appendicitis. The appendix became swollen and was in danger of rupture. The doctors suggested an operation, but it had to be performed within the week. However, the family did not have money to afford the operation.

The family turned to God in prayer. They prayed solidly for three days. Following their time of prayer, the family returned to the doctor’s office to check her condition. To the amazement of doctors and to Bini’s family, the doctor could find nothing wrong with her appendix. 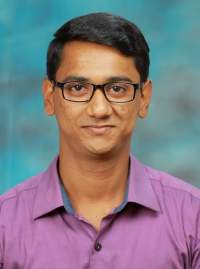 Nobin Thomas, who also comes from Kerala, was born and raised in a Christian family. He was born with a rare condition in which a part of his mouth was missing. The problem caused a deformity in his lips which affected his ability to talk. Although he had a plastic surgery that fixed this physical deformity, he was left with excessive stammering that left him unable to communicate with others.

But God intervened. He touched Nobin’s mouth so that he was able to talk, to sing and preach God’s word fluently among people of every age and background. He knows that God took an impossible situation and used it as a confirmation of his call to ministry.

This is only a small sample of the miracles that have occurred in the lives of our students and graduates, moving them to trust God and not lean on their own understanding in times of crisis.

Pray that God will continue to reveal Himself in their lives and ministries to bring multitudes to Jesus Christ throughout all of India, even in the worst of times.