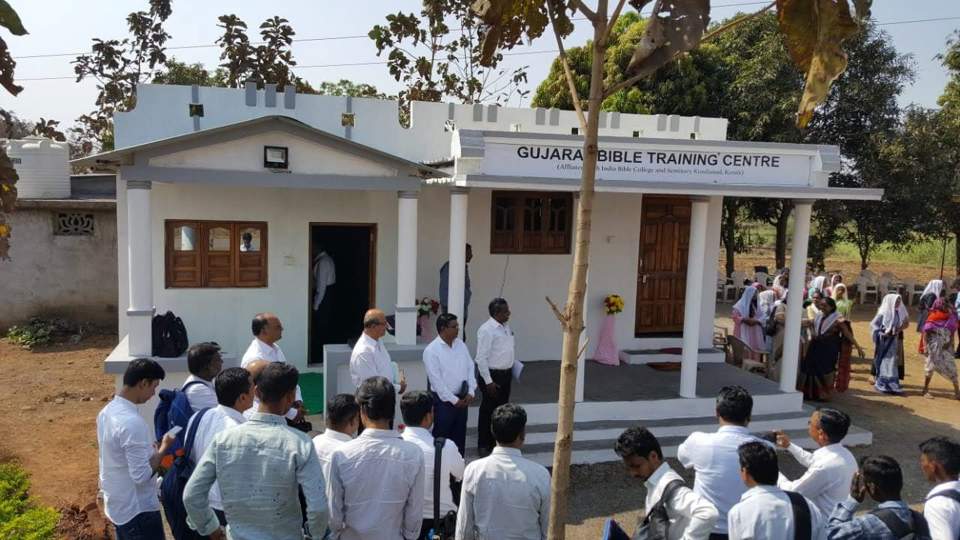 Praise God for the power of His movement among Christian believers in one of India’s most anti-Christian states.

The state of Gujarat is the birthplace of Mahatma Gandhi, considered widely as a man of peace. Gujarat is also the home of Narendra Modi, one-time the state’s chief minister and currently the Prime Minister of India. Throughout his life, he has befriended Hindu nationalists and opposed Christians and anyone else who didn’t see things his way.

During his administration of Gujarat, he advocated some of the most stringent anti-conversion laws in India, and he has suppressed non-Hindus. While he was chief minister, there was rampant persecution of all minorities and also a major earthquake which killed tens of thousands, for which the government offered little assistance to hurting people, especially the poor.

Persecution has made life very difficult for Christians. Officially only about 0.6% of Gujarat’s population is Christian, although the actual number may be double that. Almost 90% of the people are Hindu, and another 9% are Muslims.

Many who call themselves “Christians” are Catholic and what we would call “mainline denominations” that have too often compromised with Hindu beliefs.

At the same time the small Christian minority has experienced persecution and compromised with non-Christian elements, the power of God is becoming manifest in Gujarat with signs and wonders that are becoming increasingly hard to ignore. Large numbers of people are turning to Jesus Christ in five districts of Gujarat. Missionary efforts bearing fruit include the evangelists trained and sent through Gujarat Bible Training Center founded by India Gospel Outreach in 1987. 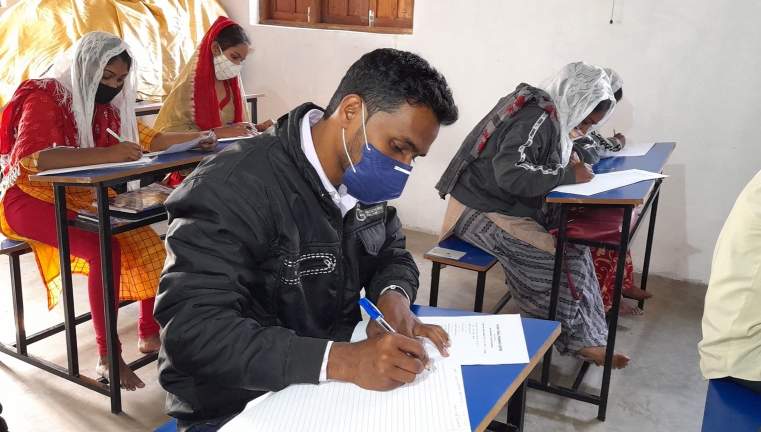 The first director of the school, who served for many years, was Pastor P.A. George. The present director, Pastor Johnson Mark, is a graduate of India Bible College and Seminary. He has evangelized and planted churches in Gujarat for many years. He has been toughened by the persecution to put his trust in God rather than in human efforts.

In its 34 years, Gujarat Bible Training Center has prepared evangelists and church planters from three different locations in the state. For many years, the school had to rent property from Hindu landlords who later evicted them. For several years, classes took place in a small church because no one would rent to the school, and land in Gujarat is too expensive to buy.

However, in the past year, a Christian landholder leased some of his property to the school, permitting them to construct a small building for classroom and administrative facilities. A board member of IGO/IBC, with engineering background, designed a simple but sturdy structure that meets basic needs at minimum cost. The school is now about 250 miles from its last location, in an area that is relatively peaceful, allowing instruction to take place without constant danger of harassment.

Today, Gujarat Bible Training Center has 17 students—eleven men and six women—most of them from Hindu backgrounds, dedicated to reclaiming Gujarat’s unreached people for the kingdom of God. The stories of some of the students reveal the power of God at work in spite of the enemy’s elaborate efforts to silence Christians in this state.

Names of students changed and pictures blurred for their protection. 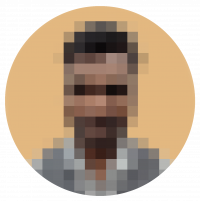 Rahil was born and brought up in a Hindu family. He became a believer in Christ only four years ago, and so far, he is the only Christian in his family. Most of the people in his village believe in black magic and sorcery. Every day, deaths took place in his village through the power of black magic. His mother and brother died within two days because of this demonic power. The animals also began to die.

He lost his mind from fear and fled from home to another town. By God’s grace, he ended up at the home of a Christian family. They recognized his fear, prayed for him, and took him to their pastor. Through their pastor, he heard the gospel, and he invited Jesus into his life. Immediately, he received the peace and healing that eluded him.

He returned home to his fear-ridden village and began to witness to the power of the living God to the people of his village. Through his testimony, many came to a saving knowledge of Christ. This created in Rahil a hunger to study the Word of God that brought him to Gujarat Bible Training Center. He wants to return to his village and finish the job of witnessing to his own people about the grace of God that delivers from black magic and gives hope for the future. 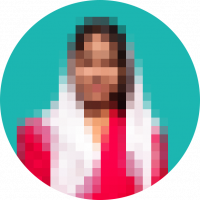 Naina, a young woman, was also born and raised in a Hindu family. Several years ago, her father showed signs of mental illness and fell unconscious. The family sought many ways to heal him, but he only grew worse—until a follower of Jesus Christ discovered his need, came to his house and prayed for him. God gave Naina’s father an instantaneous and miraculous healing, which led him and his whole household into the Kingdom.

Since that day, more than 30 people from Naina’s village have come to believe in Jesus Christ through her powerful testimony of what He did in the life of her father. She wants to become even more useful to the Lord in the days ahead, and that brought her to Gujarat Bible Training Center. 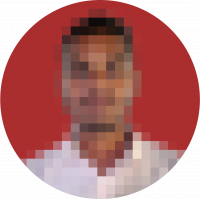 Jivin, also from Hindu background, comes from a tribal Hindu family that worshipped demons. For years, there was no peace or happiness in the house until a pastor stopped by and shared the gospel of God’s peace with the family. They had never heard such things before, and immediately they came to faith and began attending church.

After graduating from secondary school, he went to study mechanical engineering, but he knew that God was calling him to preach the gospel to others who were still suffering turmoil in their lives from demonic oppression. He dedicated himself to God and began his studies in preparation for evangelistic and church planting ministry somewhere in Gujarat, wherever God leads him. 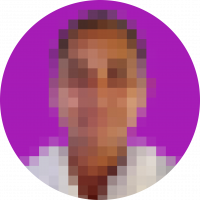 Naveena, a female student with a husband and two young children, originally came from a Hindu family that hated Christians—until they ran into deep trouble and discovered that their gods could not help them. Both her mother and father suffered from severe illness for which they could find no cure. They spent much money, but nothing worked.

At last, in their desperation, they swallowed their pride and went to a Christian pastor in their village who prayed for them. God answered with miraculous healing for both of them. When they experienced the power of Jesus Christ as their own Great Physician, they put their trust in Him alone. Naveena wanted to share this Good News about Jesus in every home, and that moved her to study at Gujarat Bible Training Center. 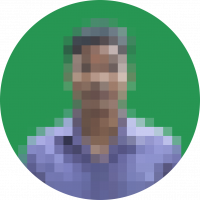 Taraksh’s life in his Hindu family caused him to have an experience similar to that of the Gerasene demoniac described in Mark 5 and Luke 8. His own villagers and family feared him because he was possessed by a demonic spirit. He walked the roads late at night, frightening and harassing passersby or entering people’s homes, uninvited.

No one could calm him down or keep him under control.

Finally, someone suggested bringing a pastor to come and pray for healing. A pastor, trained at an IGO training center, came and prayed over Taraksh, and the young man received complete relief from the demonic spirit. Like the healed Gerasene demoniac, he could not help but speak of these things to everyone he met.

When Taraksh learned of Gujarat Bible Training Center, he was most enthusiastic about coming and filling his mind with the scriptures, hungry for the Word of God. He is seeking the Lord’s guidance of where He wants him to go to share the gospel.

These are stories of just a few of the students that make up the student body at Gujarat Bible Training Center. These men and women have all experienced the power of God in life-changing ways.

The number of Christians in Gujarat is not large, and they face many social and government hindrances to discourage them. But the power of God is becoming more evident even in Gujarat. Wherever the gospel is preached with power and not only with words, a handful of true believers in Jesus Christ can overcome a well-financed army of gospel haters with an effectiveness far in excess of their numbers, like Gideon’s army (Judges 6-8; 1 Corinthians 4:20).

Pray that the tiny spark of Holy Spirit fire will sweep the state of Gujarat, and that Gujarat Bible Training Center will become an increasingly bold witness for Jesus Christ, in power as well as words.

Pray that God will meet the needs of all the students and graduates of this IGO training center, and cause its ministry to flourish in the
days ahead.