The Power of Resurrection at Work in India 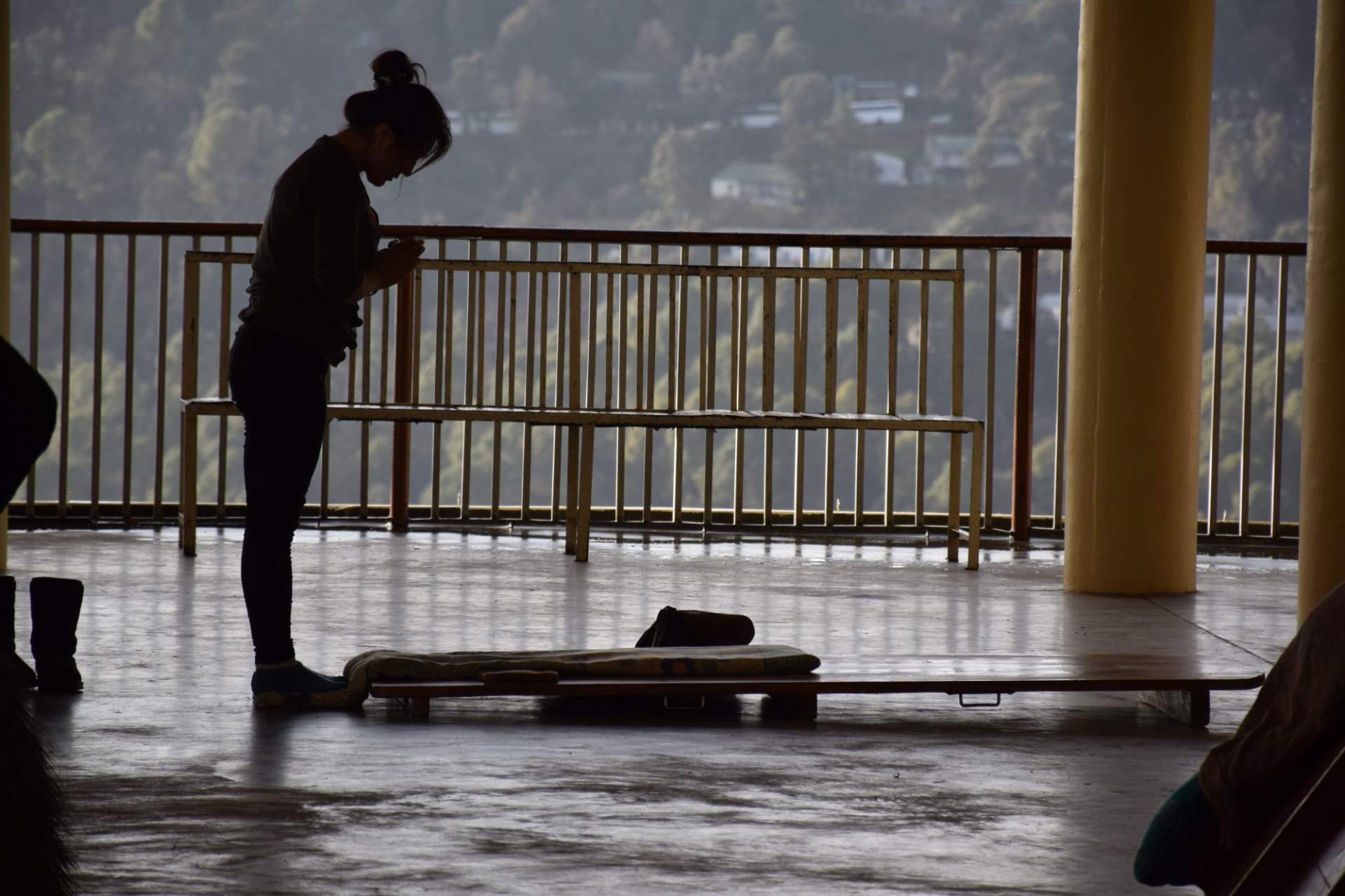 Praise God for His salvation through His Son Jesus Christ, given to all who believe.

As we approach Resurrection Sunday on April 16, we thank God it is not what we do but what He has already done through the life, death and resurrection of Jesus Christ. Paul tells us in Romans 1:16, “It is the power of God to salvation for everyone who believes…”

The gospel is not a way of life, not good advice, not learning to live a moral life, not a religious teaching, not even our testimony, but the work of God in our lives. Even when we were still sinners, Christ died for us. His work alone reconciles us with God, and He does it when we are least deserving of anything from His hand.

The gospel is an act of God in the lives of real men, women and children, and here, we will focus upon the life of one of our recent graduates from India Bible College and Seminary, and how God transformed his life.

Abhijeet Bhat graduated from India Bible College and Seminary last month. He has just returned to his village to “work among the poor people in my village who are without hope and are desperate for better things.”

His story provides good evidence that to become a Christian is first and foremost a work of God in the heart of each believer, not a human work. Such a realization gives confidence to our evangelists who preach the gospel, many of whom come from similar backgrounds to Abhijeet Bhat's. In the end, what God does with the words they preach will change lives.

Abhijeet was born into a Buddhist family. He and his family lived in a village in the state of Madhya Pradesh in central India. Each member of his family was a firm believer in Buddha. They all faithfully performed the rituals of the Buddhist belief systems to the letter. They firmly regarded Jesus Christ and the gospel as opposed to the better interests of their people.

Whatever their firm devotion to Buddha, the family experienced no peace in their lives, and they quarreled with each other, almost daily. 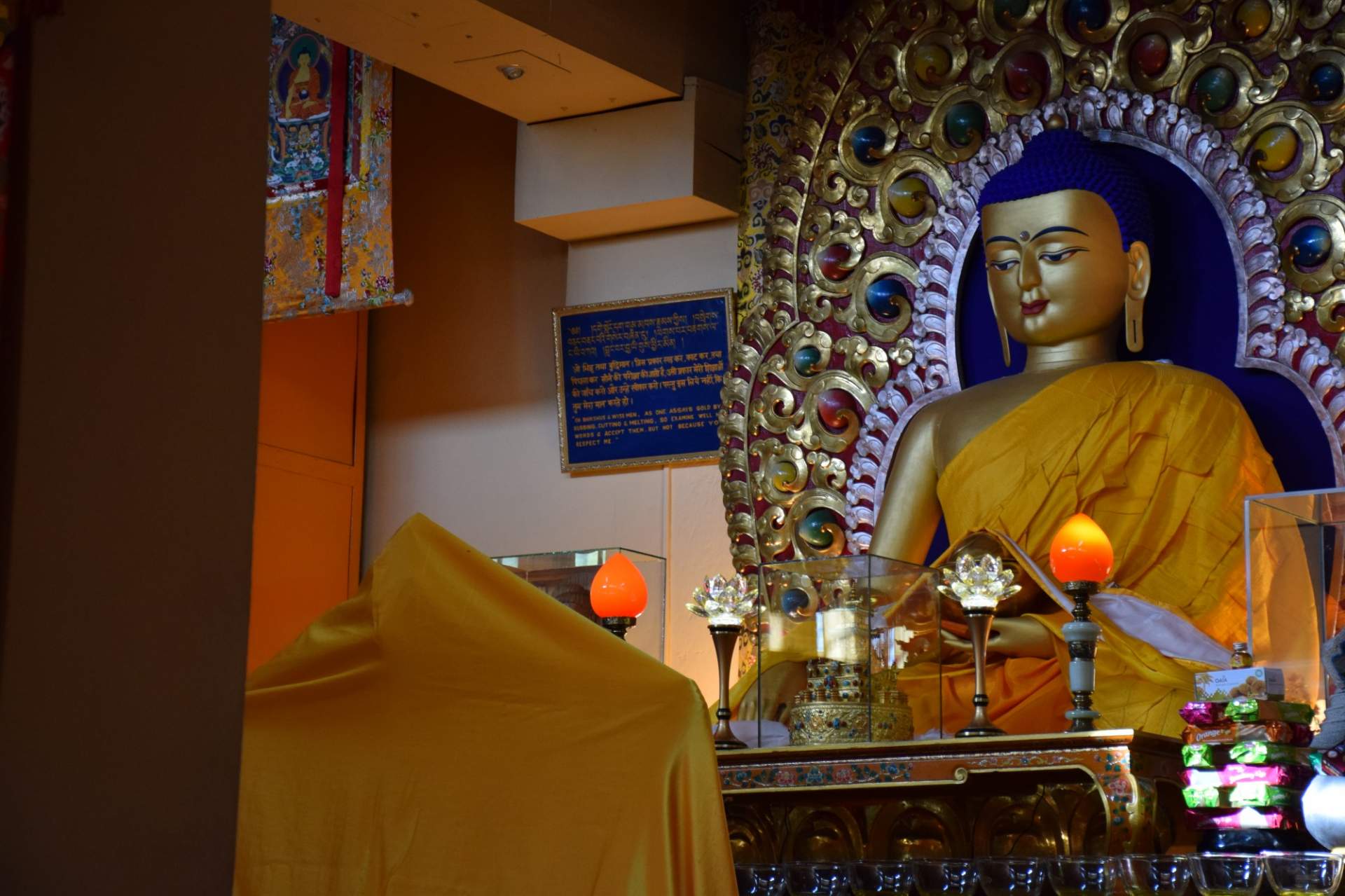 A major challenge to their beliefs came when his sister experienced a life-threatening illness. This was not supposed to happen because they followed all the rituals. His parents took her to many doctors and hospitals, and they tried many treatments, but none of them worked. They traveled long distances to many important Buddhist temples to make special sacrifices, but all their efforts came to nothing, and Abhijeet's sister’s condition worsened.

One day, a pastor came to Abhijeet’s non-Christian village and conducted prayer meetings. Many sick people received healing that day. Abhijeet’s family attended one meeting. Normally, they did not go to anything like this so foreign to their belief system, but they were desperate. That day, God touched Abhijeet’s sister, and she received a miraculous healing. That day, his mother and sister committed their lives to Christ and soon received believer’s baptism.

However, all of this highly angered Abhijeet and his brother. They refused to have anything to do with Jesus. His brother associated with a bad circle of friends, and he was a great trouble maker. Abhijeet followed in his brother’s ways, creating many problems in their neighborhood. Along with four friends, they started many fights and had much trouble with the police.

When Abhijeet was in the 12th grade, he did a strange thing that even he now wonders how he did it apart from the hand of God--he attended a fasting prayer that went on for 21 days. During these days, the pastor prayed, and many miracles took place, and many people prophesied. Abhijeet looked on at all of this, but his heart remained hard and cynical.

On the fifth day, without any warning, the Holy Spirit touched him in a powerful way. He began to have strange feelings he never experienced before. He could sense that everything was becoming new, and he felt a supernatural peace enter into his life he never imagined possible.

Abhijeet brother also attended the meeting that day, and he was also touched by God. That very day, both of them experienced the beginnings of transformation. They could not wait to get baptized the next day. Now, everyone in that strong Buddhist family had come to follow Jesus Christ!

During that fasting prayer, God spoke to Abhijeet through a prophecy that many poor and hopeless people, depressed from their circumstances, were waiting for him. He saw that God had a specific plan and purpose for his life from all eternity, and that He had waited to reveal that plan at the right time. Soon after this, he began to go to church and get involved in youth ministry.

A desire grew in Abhijeet for ministry, but he did not want to go to a Bible college because of the financial costs and his lack of proficiency in English. He had doubts about his ability to complete his studies. During this time, God encouraged him, reminding him of His promises.

At last, God opened a door for him to begin studies at India Bible College and Seminary. God continued to remind him of His promises through his daily devotions and chapel services. In his first year of studies, Viendra ran short of money, and he approached many people for help, but no one responded. Other times, he faced deep loneliness, far away from home. A number of times, he fell sick. He discovered weaknesses and limitations in himself he did not know were there.

All of this caused him to put his complete trust in God for what he could not do himself.

In countless ways, God miraculously provided for his needs. Through all of this, Abhijeet learned to depend upon God, and God was always faithful. These experiences have increased his faith, preparing him for his future ministry back home in Madhya Pradesh. As he begins his ministry, he is grateful for the opportunity at IBC to become firm in his faith. That is nothing, he says, but the work of God in his life.